"The past is a foreign country: they do things differently there." 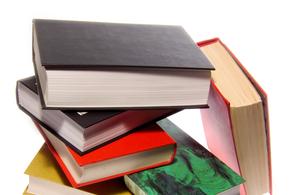 "Maybe that's what all lives were, though. Maybe even the most seemingly perfectly intense or worthwhile lives ultimately felt the same. Acres of disappointment and monotony and hurts and rivalries but with flashes of wonder and beauty."

A novel by Matt Haig

DOG IS MY CO-PILOT

Quote from The Bark magazine

"I didn't understand the magic of those words then, and I don't understand it now. I know only this: that when my mother told me she had not been the mother to me that she wished she'd been, she became that mother for the first time."

Educated
A memoir by Tara Westover

The words in stories can be profound with special meanings only to us. Each individual will interpret the meanings within these quotations differently according to our own life experiences.

Reading RX offers a selection of quotations from novels and memoirs that we have used when our Bibliotherapy With Janice group first gets together.

"Loss brings pain. Yes. But pain triggers memory. And memory is a kind of new birth, within each of us. And it is that new birth after long pain, that resurrection - in memory - that, to our surprise, perhaps, comforts us."

While I Was Gone

A novel by Sue Miller

Pretty As A Picture

A novel by Elizabeth Little

"Grief is a Sea made of your own tears. Salty swells cover the dark depths you must swim at your own pace. It takes time to build stamina. Some days my arms sliced through the water and I felt things would be okay, the shore wasn't so far off. Then one memory, one moment would nearly drown me, and I'd be back to the beginning, fighting to stay above the waves, exhausted, sinking in my own sorrow."

A Novel by Janet Skeslien Charles

"I guess I can fill in the blank there." See, Mr. Coffin, that's the reason I'm telling you all this. Because filling in the blanks, as you put it, is exactly what you and your friend Troyer have been doing, except you've been filling them in wrong."

A novel by Richard Russo